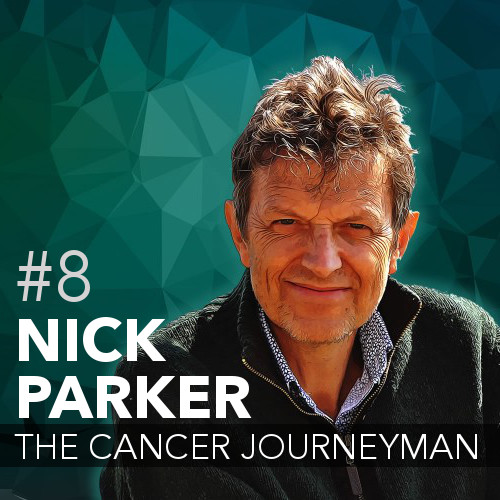 In September 2015, Nick put his generalised muscular aches down to his keen squash playing, but soon after, other unexplained symptoms started to appear. On Christmas eve of 2015, Nick was found to have inoperable cancer on a CT scan, being diagnosed with terminal prostate cancer the following month.

At 625 ng/ml, his PSA (a prostate tumour marker) was 150x the upper limit, and he was given a gleason score of 9/10 (the most aggressive rating for prostate cancer).

Since that time, Nick has taken an extremely proactive approach to his cancer and health. He has assembled around him a multi-disciplinary team, including Cancer Buddies, complementary oncologists, yoga masters, psychotherapists, nutritionists, Chinese herbalists & acupuncturists, strength & conditioning experts, buddhists, GPs, nurses, conventional oncologists and his wife.

Alongside this, Nick has been on a mission to share what he has found through his own journey, and has been writing and speaking about the undeniable impact of lifestyle on our health and, as he sees it in his case, his own experiences with cancer.

Thank you Nick for your generous time on the show.