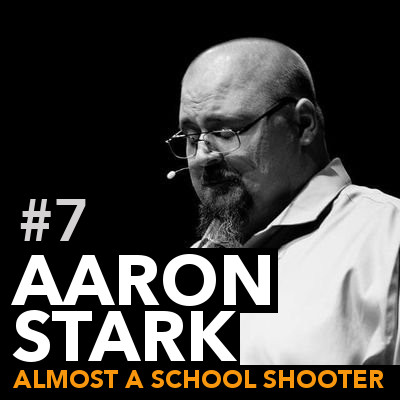 He experienced a childhood of relentless violence, trauma and being told he was worthless. Moving from school to school, with a chaotic family constantly evading social services and the police, he plummeted deeper and deeper into despair and depression. Despite reaching out a number of times, he remained mostly alone until, driven to ‘annihilation’, he resolved to buy a gun and attack a school.

An almost banal, everyday act of human touch from his friend, Mike, was the turning point that averted a catastrophe.

Listen as Aaron discusses his childhood experience, how he ended up in that dark place, how he narrowly missed an atrocity, and his journey of recovery that has lasted decades. He tells us about how surreal life has been since he started to talk openly about his experiences, and the thousands of people that have contacted him and, ultimately, how this despair can happen to any of us; not just monsters.