2020 Review and Looking Ahead 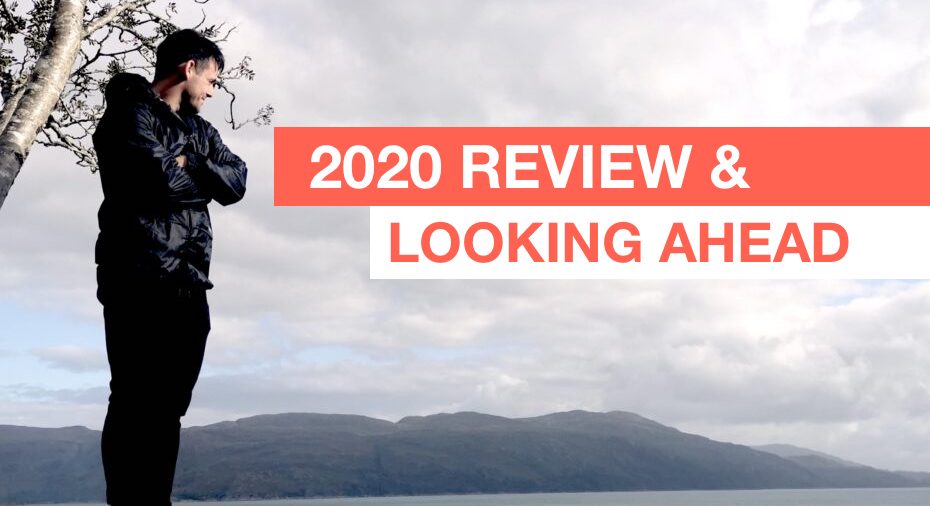 What a year it’s been for all of us.

This post is not an attempt to regurgitate some positive spin around the ongoing pandemic. It’s been an undeniably difficult time for most, and life-altering for many.

It’s also been a quiet year for Stronger Medicine. I want to bookmark what I’ve been doing throughout the year, as well as some thoughts for moving ahead. This is more of a personal post compared to previous articles on here, but perhaps it’ll be of interest for somebody.

This is my excuse for things being so quiet around here.

I’ve been working in emergency medicine for the past 12 months, and have seen the highs (community spirit, generous giving to the NHS) and lows (extremely unwell patients, hugely disrupted healthcare) that COVID brought with it.

As time progressed, so did my resolve that emergency medicine would be my speciality of choice. Some of these reasons can be found in my previous post on the Craftsmanship Mindset.

I’ve been extremely lucky to work in an excellent department with some outstanding colleagues, and I’m now working across the region as a locum doctor in different emergency departments, to broaden my exposure to different systems, conditions and patients.

MSRA exam and interview pending, hopefully I’ll be an Emergency Medicine trainee come August 2021. But until then, a few thoughts to share below.

After listening to Modern Wisdom’s interview with Chris Sparks, I took the time to undertake his Annual Review worksheet. I’ve seen some people comment that this isn’t any new ground-breaking template, and although I agree with that statement to some extent, just deciding on a process and doing it has been invaluable for me.

I’ll spare you my goals and plans, but a few themes emerged that I wanted to try and articulate.

With speciality application being a competitive process, the sky’s pretty much the limit in terms of when you’ve done ‘enough’.

After tidying up an international publication, you know there’s always another candidate polishing of a PhD around the corner; so the entire affair is an unashamed zero-sum game. Knowing that I was up against an unknown number of other doctors with terminator-like work ethic across the country, I grabbed any opportunity I could find to bolster my own chances.

Parkinson’s law really is a thing; work that I previously allocated an entire day to was now being squeezed into a fraction of that time. My modus operandi largely became “sign up/say yes/book it…then just make it happen”, and generally this worked.

I did occasionally overshoot.

Irrational optimism that “this online conference during my run of night shifts next month should be fine” was the last thing that reverberated through my sleep-deprived brain post-night shift. The next second I was becoming unconscious, drooling on my pillow, just halfway through the keynote lecture of the first day.

But on the whole I did find that, with a deadline and limited opportunity (once per year speciality application window), I could commit to and complete more things than if I was absent this external pressure.

After such a clearly defined goal of 2020 (speciality application), I’ve been wrestling with what to commit to this year. The thought of not making use of my time and opportunities can leave me angst-ridden, as does the absence of a clearly defined project, or worry of committing to the wrong project.

So this year I’ve made a pivot toward an attitude of exploring, rather than trying to exploit. In an absence of certainty about what to commit to, it’s valid to take that energy and disperse it more widely and speculatively. I plan to read more widely, think a bit more, and practice greater promiscuity of ideas and projects.

Switching from an ‘exploit’ to ‘explore’ mindset has freed me up to expand a bit, without the guilt of ‘not doing enough’ that can accompany lack of commitment to one project. This also increases the surface area for interesting tangents and unusual inspiration to manifest; if something stands out, then doubling down to exploit may be indicated.

This also helps with identity diversification, as what we ‘do’ can arguably define too much of our identity (I’m guilty of this anyway). Expanding outward into other areas is something I personally need to avoid leaning my identity too heavily on one pursuit or idea.

3. Regret of outcome versus decision

This relates to the above point.

A question that can haunt us is “what if I made the wrong decision?”.

This can apply when committing to a relationship or a project that, later on, turns out to be a dead-end. The opportunity cost in these instances can be painful to acknowledge, and anxiety around this happening in the future can lead to a compounding ‘paralysis by analysis’ going forward.

There is a partial antidote to this.

All we are ever able to do is make decisions based upon the faculties, information and conditions that we find ourselves with. This is all that can be reasonably expected of you or I.

Recognising this, when faced with decisions:

Do what you can to make the decision.
Consider the information you have.
Journal/self-reflect on your thoughts.
Give a little time to simmer.

Providing you do the above, regardless of the outcome, you have minimised regret.
This is because you cannot control outcomes.
The only variable you can tweak are the decisions you make.

Put down any regrets around outcomes. After we make a decision to proceed, results are outside of our control.

Aim to minimise regrets of decision. If you give yourself an honest chance to make a decision based on everything available to you, in that moment, then you have done everything you can do.

Eliminating is often more powerful than adding. I’m aiming to free up more cognitive and temporal bandwidth by subtracting sub-optimal things in my life. Predominantly, this comes down to technology and phone use.

Carrying on the subtraction theme from above, for any other budding diabetics out there, this has been a game-changer.

Shift work, and medicine in general, have had a tendency of grabbing my average blood sugar by the trachea and violently throttling it all over the place. Refined sugar and intakes of large, simple carbohydrate meals, are dietary pleasures that unnecessarily increase the lability of my blood glucose.

Driving back from a holiday across Scotland, my wife and I had a frank and fruitful discussion about how it’d be much better if I could aim to live as long and complication-free as possible. This resulted in a blunt, effective decision; to eliminate (as best to my ability) refined sugar.

The NHS is fuelled by home-baking, biscuits, and all manner of delightful sugary beasties. All it takes is clapping my eyes on the fresh tin of brownies in the staff room at 4am and I become possessed by an insatiable sugar-seeking entity.

But one brownie multiplied by every workday over a career = diabetic and health badness. Optimism bias (‘it won’t happen to us‘) and future discounting (‘how can one brownie have any bad consequences‘) are cognitive strait jackets that need to be torn asunder so we can move toward a better direction for ourselves. So for me, working in absolutes has been a useful way forward.

As a diabetic (and even if non-diabetic), it’s imperative to draw your own line in the sand to ring-fence off the things that matter.

I’m not 100% adherent to it, and still find occasions when it’s just damn hard not to eat that sweet baked goodness. But nonetheless, the needle is undeniably being nudged in the right direction.

This lesson has a wider application outside of refined sugar, though:

I’ve recently finished Richard Meadow’s newly released book, ‘Optionality: how to survive and thrive in a volatile world’ (link to his excellent blog). Whilst activity largely ceased on Stronger Medicine due to placing speciality application at front and centre, I’ve also had to think what the purpose of this website is.

Despite my tardiness in replying, I must be clear that I’ve greatly appreciated many of you reaching out to me to share your own journeys and ideas by email. This has been wonderful, and the idea of increasing one’s surface area of serendipity in this way is a compelling one to me.

I still want to talk with interesting people. Podcasting is seriously good, but also very time-consuming. I’m thinking about how to do this in a way that won’t make me loathe the process.

The potential downside of continuing to push out thoughts and posts into the ether is bottomless – worst case scenario is nobody reads anything and all words drift through cyberspace in vain. So there has to be an additional, more robust reason to continue; using this as the space to form and articulate ideas and develop my own scatty thinking is a good one to me.

I hope to use Stronger Medicine as a platform to reach out and help people in a tangible way. What that looks like isn’t certain to me, but I’ll trust that time and consistency will formulate something fruitful as I bumble forwards.

If you’ve made it this far, I appreciate you, and always keen to hear from you.